Hey y’all! Our own Genevieve Dewey is giving away three copies of her new novel “Second of All: The Downey Trilogy #2″…check it out!

This introspective sequel to First, I Love You takes you deeper into a tale of interwoven roles, divided loyalties, and personal conflicts.

Detective Tommy Gates and Agent Ginny Sommers struggle to balance their growing personal relationship with their task of finding his father. Back home, Kiki Downey and James Hoffman are facing their own internal and external pressures. After Mary Gates is led on a different trail by Mickey’s Irish kin, they are all given pieces of a puzzle that it will take the whole family to solve. Interlocked within the narrative are glimpses into how Mickey Downey became the man he is today.

Throughout their journeys, past and present, they all must struggle with what loyalties and loves come first, and what comes… second of all.

Hey y’all! My pal Andy Scorah has a superb guest post with Sylv Jenkins…check it out! 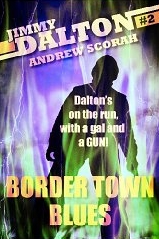 Hey y’all! My buddy Jenna Brooks has her novel “October Snow” on Amazon for Kindle for $0.99…check it out!

I’m actually reading this, and lemme tell you something…it’s great!

Josie spent twenty years as a battered wife, dying for a hero.
Now, she’s dying to become one…

Josie Kane is a “difficult” woman, a pure enigma – one who survives her abusive husband by honing her unnerving talent for playing mind games: she knows exactly how to manipulate a bully.
Finally divorced, she thinks the abuse is over, and she’s free. She’s wrong. And her cynicism is building.
Josie works with battered women, trying to rescue them from a fate similar to hers. But on the night that yet another battered woman is murdered by her husband, pining for a hero as she dies in Josie’s arms, her cynicism becomes a quiet, simmering hatred.
Her one remaining refuge is in her bond with Maxine and Samantha, the two friends whom she loves like sisters. When Samantha becomes pregnant by Jack – an abuser who makes known his intentions to use the baby as a weapon of control – Josie’s hatred ripens to a vengeful fury.

She sets out to take on one more batterer, manipulate one more bully… And she lures Jack into the crosshairs of the ultimate mind game.

Her friends are convinced that she intends to rid Samantha of Jack. They’re right.
But with Josie Kane, as always, there’s a twist.

With her friends helpless to stop her – and with Samantha hanging in the balance – Josie squares off with Jack in a life-and-death, winner-lose-all battle of wits to determine which side will win Sammy’s future.
And this time, there will be a hero.

My brother Jim Murray tells us of a very special day – his first interview as an author:)

My First Interview as a Writer | Prescription For Murder.

My buddy Cynthia Collins with a beautiful Christmas message for one and all :)

Wishing You a Peaceful Christmas | Sea Mist, Time, and Sunsets.

Hey y’all! My pal Ruth Watson-Morris has her fantasy novel “Fantacia: Book One” FREE on Amazon…I just got a copy…you should too! :)

Residing in a bell-shaped Universe is Galaxia, a world on the light side of the wonders. There rules the Goddess with her Angel children, who are immortal warriors of virtue. To the south there is a nebula bright and true in the shape of an eye, watching over all and inside rules the Angel King Kathos, with his warrior superheroes, powerful soldiers with swords, who are fighting against the dark dimensions, protecting all in the Universe from Evil.

Merry Christmas, one and all…:) 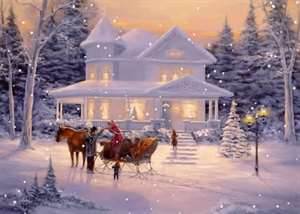 As I wind down my work week and prepare to enjoy a quiet Christmas with family, I wanted to say that it’s been a wondrous year. I’ve been privileged to meet and talk to and laugh with so many superb folks on here – I feel truly blessed. My heartfelt wishes for a safe, warm, and peaceful holiday season to one and all of you.

This world of ours can only be taken in small doses…

After I woke up this morning and discovered I hadn’t been blasted to cinders or covered in 500 feet of water, I lay for a moment and contemplated my/our new lease on life.

I mean, really, although most of us poo-pooed all the hubbub about the end of the world today, there were some seeds of doubt – weren’t there? To illustrate my point a bit, I took the liberty of going to a news agency’s site (to remain unnamed) and without prejudice plucked the top 10 headlines from it’s entrails. First, the world news:

Why scandal-tinged Berlusconi still beloved of many Italians

North Korea says it has detained a US citizen

And just to show I realize over here in the States, we have our fair share:

U.S. Marine convicted of urinating on corpses of Taliban insurgents

Obama video on gun violence petitions: ‘We hear you’

Now, any who know me also knows I’m not a doom-and-gloomer. And I might note that there is also – especially at this time of year  – hundreds of heart-warming stories out there that serve to offset the horrifying ones, to some degree. But. The balance is shifted between the two sides like never before.

I remember when I was a child, I experienced the same phenomenon as any kid – hearing my dad lament about the “good old days” when life was simpler, things were cheaper, people didn’t do such crazy things, and so on. And I also recall thinking “what’s he complaining about? It ain’t that bad.” That’s because dad, like any good father, shielded his kids from the atrocities lurking in the world, at least until it was time to educate us a bit on what was waiting.

Now, as a parent, I fully understand why. Reading the news – or walking down a city street – today is not for the faint of heart. I’m not going to enumerate further the various horrors any one of us can experience at the drop of a hat. All of you are more than aware. What I WILL say, though, is I believe it’s happened because we as a society have swung away from two things that taught us how to be basically decent beings: God and family. The Ten Commandments laid out a basic set of rules by which you couldn’t go wrong as a person. And the parents taught how to live by those rules.

Now, much of life is learned by a child’s peers, or video games. Sad.

We’ve made a mess of our world, we surely have. And now, as I sit here sipping coffee and breath my own somewhat dramatized sigh of relief that I don’t see a wall of water coming toward my window (although there ARE 15 hours left in the day), I’ll say a bit of a prayer, giving thanks for what I have, and for what years I have left.

By the way, anyone who has read the bible and perused the part that mentions the Apocalypse realizes that no one – not even the angels – will know when it’s coming. God will simply decide it’s been enough, lean over and hit the BRS (that’s very old computer techno jargon for Big Red Switch), and that will be that.

No, he’s not doing that today – but could anyone blame him if he did?