My dear friend Paula Acton has found an angel living here amongst us. Read her post – “The First of My Inspirational Angels Series” – Claire Halliwell | Paula Acton 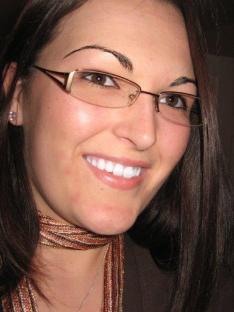 Click on Claire’s picture to read a truly inspirational story – and interview!

My brother Patrick Jones is jumping around like a mad man…I would be too, if my book was ranked #1 on Amazon…in two categories :)

My pal Mae Clair tells us the season doesn’t always match the writing, with her article “Seasons for the Senses”…

Greyhart Press gives you another little teaser about my debut thriller “The Clearing” – and another excerpt…tick tock, folks…it launches TOMORROW! 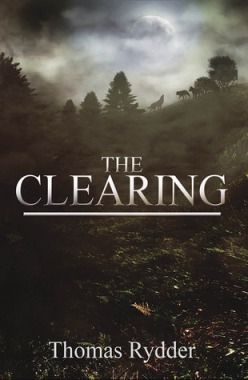 Good morning, all! My “Chatting with the Authors” segment this morning is with my pal Carole Bugge (C.E. Lawrence) and “Silent Slaughter”…come join us!

THERE IS A METHOD TO HIS MADNESSHe chooses his tools with precision. Stalks his victims with cold efficiency. Plans his attack using mathematical logic. And now he is ready to play…THERE ARE RULES TO HIS GAMEWhen the killer’s first letter arrives at the station, NYPD profiler Lee Campbell suspects the writer is daring him to match wits with a dangerous—and brilliant—criminal mind. But once this “Alleyway Strangler” starts leaving specially targeted messages with each surgically carved corpse, Campbell realizes it’s not just personal. It’s perfectly calculated—to destroy him…

Praise for the riveting thrillers of C. E. Lawrence

CE: I’m doing great, Thomas, and thanks so much for having me 🙂

TR: It’s my pleasure…so, what do you say we roll this bus? How old were you when you wrote your first piece?

CE: I wrote pretty much from the moment I could handle a pencil, but my first published piece I wrote when I was ten.

TR: You were published at ten? That’s a first for me. What was it, and in what genre?

CE: It was an account of my father’s “haunting” us in our clubhouse as the Ghost of Uncle Evil Eye.  I guess you’d have to call it memoir.  It appeared in our little school lit magazine.  I wrote another version of it in my thirties; it won an award and was published as well.  The title is Uncle Evil Eye.

TR: I see….very cute. How did you come about writing it?

CE: My dad used to “haunt” us kids in the terrifying character of Uncle Evil Eye (named after an uncle of his, Uncle Levi, who had a hinkey eye, apparently.)  We loved it, of course, but one summer when my cousins were visiting, we rigged up a bucket of water to splash on my dad when he came out to our clubhouse, where we slept at night.

In spite of the unlikelihood of us actually making it fall on him, we succeeded in drenching him (and his white sheet) with water.  It was one of the most hilarious nights of my childhood, one I was lucky to share with all my siblings and cousins.

TR: Hah! That’s one to remember, isn’t it? So, what have you written since then?

CE: Er, ten novels, 150 poems, six plays, four screenplays, one children’s book, five musicals and about 30 short stories. And a handful of essays and magazine articles on writing and other topics.  Did I mention I’m 120 years old?

TR: Good Lord. I feel 120 just listening to that. Okay, what was the inspiration for your current book?

CE: I wanted to write about a serial killer who was a math genius, a kind of present-day Professor Moriarty.  I needed a math puzzle that could be part of his “signature” – I was at a party and a mathematician friend mentioned the Fibonacci Sequence.  I looked it up and it was perfect!  As to how he uses it, you’ll have to read the book to find out.

TR: I’ll do just that….it sounds fantastic. Tell us a little about it, and where it’s available.

CE: It’s Silent Slaughter, and it’s in all the stores now, as is the sequel, Silent Stalker.  It’s about a really brilliant, sadistic serial killer, probably the scariest character I’ve ever created.  He’s even given me nightmares. My NYPD criminal profiler, Lee Campbell, has aid to catch him before he kills a girl he’s already kidnapped. Lee enlists the aid of his friend Detective Jimmy Chen and gets some help from an unlikely source, Jimmy’s autistic brother Barry, who is something of a math savant.

TR: You certainly like to mix it up, don’t you? Autistic…interesting. Now tell us, is there a particular place or setting where you get your writing ideas?

EC: I live in New York City, so I find roaming the streets late at night I get plenty of ideas.  But they occur to me anywhere.

TR: I’m sure the Big Apple could give you writing ideas about every 10 minutes. Now, you’re traditionally published. What made you go that route?

EC: I have been lucky enough to always have a publisher, and I like that, because they have a promotional “”machine” already set up.  Though these days you can do a lot of promotion on your own, and I do.

TR: You can, indeed…just requires a little imagination, doesn’t it? Okay, if you had to choose the most important element in an author’s platform, what would it be?

CE: Be inventive!  Never stop thinking of angles to get your name out there – or, as they say these days, your “brand.”

TR: Great advice! Get off the beaten path, and find niches. Good deal. Now, to my favorite question – What mistakes have you made in regards to publishing and marketing your work, and what will you do differently in the future?

CE: I think readings are often a waste of time and energy.  I probably won’t do many of them in the future.  The internet is a far better tool for marketing.  I have hired an assistant who is much better than I am at marketing, but I plan to keep plugging ahead, using the internet and anything else that comes my way!

TR: Fair enough. Do you have an idea for your next book?

CE: Right now I’m writing Edinburgh Twilight (working title), a historical novel set in Edinburgh in 1881.  The main character is a detective whose parents were killed in a fire some years back.  He believes they were murdered, and became a detective because of his conviction that many murderers go unpunished.  In this book he’s chasing a serial killer who strangles young men.  He has a couple of odd sidekicks, too, including a librarian who is a hoarder, and a street urchin who’s a pickpocket.

TR: You like to get way out there, don’t you? Can’t wait to see the results of that. Carol, thanks so much for stopping by. It was a true pleasure 🙂

CE: Thanks for having me, Thomas…I had fun!

That’s a wrap folks. A little insight into a fascinating author, and a glimpse into her writing. Both “Silent Slaughter” and “Silent Stalker” sound great..and they’re out there waiting for li’l ol’ you.

And that’s also a wrap on my “Chatting with the Authors” interviews for a bit. My book “The Clearing” comes out tomorrow, and I’m taking some time off interviews to nurse it along. Until then, take care….

Time is almost up! GIVEAWAY – four copies of “The Clearing” are up for grabs on Goodreads! And read the first chapter of my upcoming thriller The Clearing!

Greetings! My debut novel “The Clearing” comes out March 1st. As part of my marketing plan, we have put my book on Goodreads to get some reviews. So. I’ve put Chapter One below for your (hopefully) enjoyment. If you like it, you can click on the cover to go to the book’s page on Goodreads and click the “Want to Read” button (that’s a rather thinly veiled request :)). Also, there’s a section on the page where you can enter to win a FREE copy…!
Many heartfelt thanks to anyone who reads the chapter, leaves a comment, clicks “Want to Read”, or enters the contest…thank you so much!

It wasn’t anywhere near noon, and Beth Lowe already had a sneaking suspicion her day was about to go down the drain. The odor of urine and feces was enough to make her eyes water, and the barking dogs around her created a din that was overwhelming. Trying to ignore the yips and howls, she watched Lizzie as she tried to coax the biggest dog Beth had ever seen to the front of his pen.

“C’mon! C’mere, boy! Come onnnnnnn—nobody’s going to hurt you.” Dejected, Lizzie turned away and trudged back along the cage-lined aisle, oblivious to the bedlam on either side of her.

“Never mind, honey,” Beth soothed, “we have a lot of other dogs to choose from. Let’s keeping looking.”

Glancing around, Lizzie spotted the big dog peeking around the corner of his cage. “Look! He wants us to come back!” END_OF_DOCUMENT_TOKEN_TO_BE_REPLACED

My pal Shannon McRoberts has author Tina Frisco as her guest, with a compelling article on Fear, Love, and Gratitude…:)

My brother Jim Murray with a compelling article on his search for – and discovery of – his identity…:)